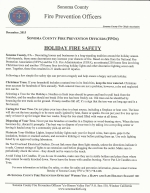 Lakeville is one of the best water operations teams in Nor Cal. Congrats also to Alameda County Fire and Southern Marin Fire.
Lakeville Volunteer Fire Department Fire Boat 9744 assist in search of missing youth at Lake Sonoma
http://www.pressdemocrat.com/news/4161152-181/missing-teens-body-found-at?page=2
About us

The Lakeville Volunteer Fire Department (LVFD) was created in 1973 by a group of local farmers and ranchers who saw a need for fire protection after a large fire ripped through the area destroying many buildings.  Over the past thirty plus years, the goal of the volunteer department has been to provide quality fire and medical services to the citizens and visitors to our community.  Prior to this time, fire protection was provided by a single engine from the CalFire station in West Petaluma.

In 1978, Lakeville Volunteer Fire Company was officially incorporated per the health and safety code.  It was at this time that the LVFD became recognized by the Sonoma County Board of Supervisors.

In 1982, 501 (c) (3) non-profit status was awarded to the LVFD.  This paved the way for crucial fund-raising opportunities.  As the LVFD fund-raising abilities grew to include memorial gift opportunities, dues from area residents and the current Annual Pancake Breakfast and Raffle, the department began acquiring additional firefighting and lifesaving equipment to better serve the community and visitors to the Lakeville Basin.  During the initial years, the department was able to acquire its first fire truck and water tender.

Since then, the mission of the Lakeville Volunteer Fire Department has been ever changing to adapt to the needs of the community.  Adding to the necessity of providing fire protection, the LVFD has also developed other programs to provide the best service possible.   In the late 70's the fire service made a national change to provide medical services, LVFD was no different.  Due to the geography of the district and two main traffic attires that run through it, the LVFD added vehicle accidents to its list of responses.  Over the past ten years, additional changes have come the community as well.  The Lakeville Volunteer Fire Department now responds to a wide variety of incident's including hazardous materials, public assists, vehicle accident extrication's, land and water rescue, commercial and residential fire alarms, and much more.

In 1823, the Lakeville Basin was explored by Padre Jose Altimira which he wrote about in a journal.  In 1853, A.M. Bradley build the Lakeville Wharf and began developing the Lakeville Community.

In 1857, General Mariano Vallejo deeded this tract of land, which was part of the Spanish land grant, to Joshua Chadbourne, George Carter, Josiah Bacon and others as settlers moved West.  William Bihler was one of the first large scale farmers to develop the area.

The Lakeville Basin became a shipping point for ranchers in the area.  Prize cattle such as Devonshire, Durham and Holstein, as well as fine horses, were shipping in and out of the Petaluma River.  The agricultural industry later expanded to included vineyards, cheese, butter, poultry, eggs and other marketable items.

Passengers from San Francisco came by steamboat to Lakeville and were transferred to stagecoach lines.  The stagecoach traveled down what is today known as Lakeville Highway and across Stage Gulch Road to Sonoma.

In 1869, Peter Donahue organized the San Francisco and North Pacific Railroad which ran from Cloverdale to Donahue's Landing included a 450 foot covered wharf that accommodated a train of eight coaches and the engine.  Donahue Landing was prosperous for 14 years until the silt build up made it impossible for the ships to navigate in the shallow water.

The first post office was established in the Lakeville Basin in 1859 with Joshua Chadbourne as postmaster.  The community also had a hotel. saloon, dance hall, dinning room, blacksmith and school.

In 1879, Charles Bodwell built his home and the Bodwell Landing in Lakeville.  The Steamer Gold made regular stops at the Landing and Bodwell began an agent.  He later took over postmaster duties.

In the 1980's, Josiah White also build a wharf, where he shipped hay and holstein cattle. White also raised brood mares and trained trotting horses on race track built on the lower end of his ranch.

In 1907 the Petaluma-Donahue Landing railroad line was consolidated into the newly incorporated Northwestern Pacific Railroad.  Freight business continued until the mid-30's but passenger service between Petaluma and Donahue Landing was discontinued.

The Lakeville Board of Directors Meetings are held quarterly  - on the 2nd Wednesday of each quarter (Jan/April/July/Oct) at 6:30pm at the LVFD fire station. These meetings are open to the public. 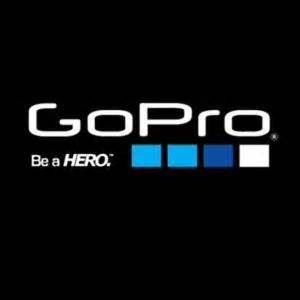 This site has been viewed 261,474 times.
News
Events
Pictures
Apparatus
Maintained by the members and staff of Lakeville Volunteer Fire Department. Designated trademarks and brands are the property of their respective owners. Copyright © 2006-2022. YourFirstDue Inc. All Rights Reserved. Content on this web site is supplied by Lakeville Volunteer Fire Department. YourFirstDue Inc. cannot be held responsible or liable for any content, text, pictures, or any other media found on this web site.
Management login
Powered by